Blog/Articles > To Doctors
To Doctors
Summary: How medical doctors can most effectively help in treating individuals with eating disorders by Sheira Kahn, MFT
NOTE TO MDs 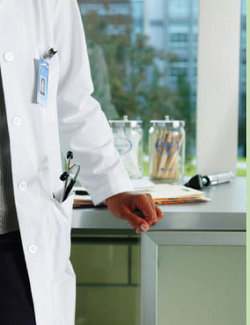 Thank you for your help with eating disorders. You play an important role in the process of recovery. Mental health professionals look to MDs to evaluate and monitor the various physical problems associated with eating disorders, and to consult on the decision about what level of care is needed. Eating disorder patients are often ambivalent about recovery, so we also rely on physicians to aid us in motivating them. Many times the doctor is an authority figure who holds a certain level of information about the eating disorder, that raw truth that helps a person change direction. She has perhaps had wake-up calls from other people in her life and from health problems caused by the illness, but the doctor’s message is, for some, the one she finally heeds.

Although the physical consequences of eating disorders are dangerous and serious, these are indeed psychological diseases with physical symptoms. As functional as the person with an eating disorder might seem, she is an emotionally fragile mental patient, suffering from extreme insecurity and harsh self-criticism. You are therefore in an inherently difficult position. You must strike the balance of expressing that the eating disorder behaviors are dangerous and unacceptable without adding to the patient’s sense of inadequacy. Here is some information designed to help you do that, written from my perspective as both a Marriage and Family Therapist and a recovered bulimic.

It can be frustrating to treat these diseases because eating disorder patients sometimes do not cooperate or behave in a rational manner. In severe cases, you may witness a young woman slowly killing herself. She can’t stop eating or purging despite your warnings. To someone who has never had an eating disorder, it seems crazy that a person would rather die than eat, or that she would throw up her food. In the patient’s reality, these behaviors are logical.

The person with an eating disorder lives in a world dominated by a self-hatred so intense that it skews all the messages she gets from inside and out. It is likely she believes that she does not deserve to eat – or that she deserves to punish herself with food - because she isn’t an inherently lovable, good person. Within the logic of her mind, therefore, your message of health cannot apply to her. If you tell a healthy person that she should stop overeating, she thinks, “Yes, I should, and I care for myself enough to make this choice.” If you tell someone with an eating disorder the same thing, she thinks, “Yes, I should. Overeating is just another one of my faults.” Your well-meaning words simply fuel the sense of failure that drives her unhealthy patterns around food. To compound matters, this process is usually unconscious.

People with eating disorders are very sensitive to how someone feels toward them. What helps a person cooperate is the knowledge that the doctor genuinely cares. This caring can be expressed through asking friendly, open-ended questions and making recommendations in a context of positive regard. The message is, “You are a good kid and we care about you. We want to make sure that you are safe and that is why we are interested in you.” In an atmosphere of emotional warmth, information about the health problems associated with her eating disorder has a better chance of being understood as a loving boundary, as opposed to a sign of how much she is screwing up.

It is likely that many of the people coming through your practice have certain aspects of the diseases, but have not been plagued with life-threatening starvation, bingeing or purging. For instance, a girl may do well in school, have friends, have a loving family, and be too thin or throw up some of her meals. There may be a part of her that is hurting and going in a dangerous direction. Since you are on the front lines and many people pass through your office, asking the right questions could play a big part in getting help for the high-functioning eating disordered patient.

Weighing the client is obviously an important tool for monitoring and diagnosis. To eating disorder patients, it is like taking a dreaded test. Some clients lose sleep the night before they know they are going to be weighed. There is a lot riding on it: how much they will be loved, their optimism about life, their self-esteem. I recommend that if someone has an eating disorder, she does not face the scale or find out her weight.

Here are some assessment questions to use. Please note that clients with eating disorders sometimes lie out of shame and a fear of being found out, so the information you get may be sugar-coated or selected to produce a certain response.

1) Describe what you eat on a typical day.
2) How often do you weigh yourself?
3) Do you ever feel out-of-control around food?
4) Do you ever voluntarily try not to eat, or try to eat very little?
5) Are you afraid of gaining weight?
6) When you look in the mirror, do you think you are big?
7) On a scale of 1:10, how much do you accept your body the way it is?

Thank you again for your help with these troubling diseases.