The Cause of Eating Disorders 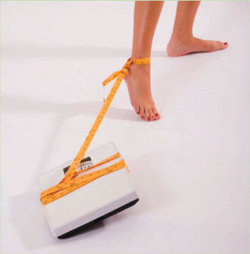 If you have an eating disorder, you are not alone and its cause is most likely shared by many others. People with eating disorders come to me from all kinds of families and backgrounds including (but not limited to) middle-aged white women, grandmothers, African American women, heterosexual men, and teens. In all cases there is one common cause: the person is now or has been responsible (as a child) for an emotion that does not belong to her. In many cases, the responsibility was to alleviate Mother’s or Father’s depression. In other cases, there was no one to take care of that person as a child, so she had to take care of herself. Often, there is a mixture of both. (Parents: Please see the “Note to Parents” section. Thank you.)

Taking on an emotion that belongs to another is like holding a huge boulder in one’s psyche. It is inherently depressing. Since resolving the feelings of another person and caring for oneself are both impossible for a child, she feels small, powerless, and inadequate in relation to the task. Self-hatred, developed out of this sense of failure, becomes the emotional core of the eating disorder and a dominant, demanding, derisive inner critic develops. Injunctions and put-downs from the inner critic fuel the fires of self-hatred - and the disease.

What makes eating disorders so vexing is that a person with the illness can be functional and appear normal, but in truth the eating disorder has taken over her identity and her psyche. Overcoming an eating disorder therefore requires a transformation of the sense of self as well as a reduction of the destructive power of the inner critic.


As humans, we have three “centers” - the cognitive (thinking), emotional (feeling), and physical (sensations and behavior). The eating disorder hijacks the person’s sense of self by taking over these centers. One way to evaluate the severity of an eating disorder is to look at how much it dominates her thinking, feeling and actions. Does the person have thoughts outside of her eating disorder? Can she feel love for herself? Does she do activities not related to the ED?

The eating disorder creates a cycle between the three centers, and each part gives momentum to the other. The content of the cycle varies slightly from person to person. Here is one example: The thought “I’m a loser who can’t control herself,” leads to the feeling, “I hate myself,” which leads to the physical action, “I overeat.” This in turn leads back to the thought “I’m a loser.” The belief “I’m a loser” is even stronger this time because overeating just occurred, providing “evidence” (from the perspective of the eating disorder) that the person really is a loser. The cycle is very convincing because it encompasses all three centers of the human being.


To overcome an eating disorder, it is necessary to confront it on all three levels (cognitive, emotional, and physical) by interrupting the cycle, and this is my mission with clients. Interrupting the cycle on the cognitive level occurs through disengaging from the inner critic; on the emotional level through identification and expression of feelings; on the physical level, through listening to hunger signals and letting the body decide when it’s time to eat and how much. The cycle can be interrupted at any point, through any level. That being said, it is the emotional nature of trust and safety with the therapist that is the
most important factor, as this is what gives clients the foundation from which to challenge the eating disorder. To read more, please refer to the "Articles" section of this site.